The Royal Sites as a core element of the European Early Modern monarchies. ICT possibilities to enhance the European Cultural Heritage by José Eloy Hortal Muñoz 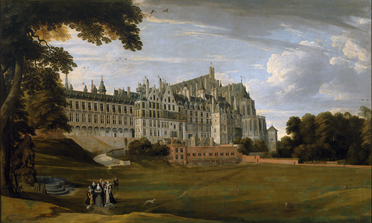 The Royal Sites as a core element of the European Early Modern monarchies. ICT possibilities to enhance the European Cultural Heritage

In the Early Modern period, the term Royal Sites referred to properties that belonged to the ruling dynasty. They included residences of the ruler and other members of the dynasty, as well as places where other activities associated with the administration of the monarchy and the Court took place. We also include here royal monasteries and convents founded and/or supported by the royal family and closely linked to the dynasty. Often, a royal apartment or a dynastic funeral chamber was attached to them and in other cases certain members of the ruler´s family, usually female members, could profess their faith there.

These spaces set new trends in art, fashion and education, and constituted a diverse global network that made royal power more visible and effective. At the same time, the European Royal Sites were centres of political power that shaped the multinational monarchies of Europe in the Early Modern age. Hence, Royal Sites were dynamic centres of a shared European culture. In spite of local and language differences, courtiers arriving at the Royal Sites of foreign monarchies knew the prevailing codes of behaviour, the rules of political practice and had the opportunity to meet a diverse social group comprising musicians, painters, sculptors, scientists and inventors. Contemplating the Royal Sites from a national perspective is provides only limited insight; they receive their true meaning by taking a broader European view.

In this sense, Royal Sites are testimonies to the enormously rich historical past of Europe and centres of a substantial European heritage, both tangible and intangible. They formed part of an interconnected European network of centres of power that disseminated the latest technological and scientific innovations to society and were also pivotal in the creation of a common European culture. Royal Sites then, constitute a valuable treasure that should be preserved, showcased, and their value enhanced through the possibilities that ICT allows us nowadays.

In this talk, we will see how Royal Sites were a core element of the European Early Modern monarchies, and how this historical evolution could be shown to new generations using ICTs as Augmented Reality, 3D reconstructions, Minecraft, drones or MOOCs (Massive Open Online Courses).